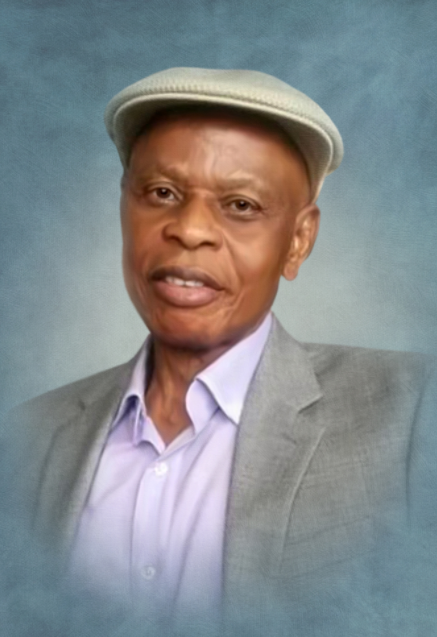 Aikorogie Aaron Okuesi was a devoted father and husband, a mentor to many, and a friend to all. He passed away in the early morning of February 15, 2021 in his home surrounded by his loving wife and daughters. He was 76.

Born September 27th 1944 in Edo State Nigeria to Nmorka Okuesi and Ngbor Ibe. He spent most of his childhood in Nigeria. He studied in Nigeria and then Ghana where he mastered typing and business studies. During the Nigerian civil war Aikorogie emigrated to the United States as a refugee where he lost many friends and family. His faith in God allowed him to get through those difficult times. He struggled and worked very hard to eventually obtain the American dream. He married Felicia Okuesi who he brought to the United States from Nigeria and then welcomed his three beautiful daughters on February 2, 1986, February 19, 1987 and November 6, 1988 respectively. Anyone who knew him had known they were the most important part of his life. He completed his studies at Medgar Evers College and graduated in 1980 with a bachelor's degree in science. He was later employed in computer operations as a technician for the Board of Education. A diligent worker for thirty-three years, he trained many technicians to excel in their field. He eventually retired in 2014.

In addition to his great work ethic, he was also a member of the Ika National Association, which he joined in the 1980's. In this association he served as the Vice President and subsequently as President where he was a mentor.

He was a respectable figure who will be remembered as kind, generous, reliable, a peacemaker and a surrogate father to those he knew. Despite his adversity he has always been a fighter. Even in the midst of his sickness he put the needs of others before his own. He fought courageously till the end, surrounded by his loved ones. He will never be forgotten, and he will be deeply missed. May his soul rest peacefully.

He is survived by his wife Felicia Okuesi, his children Ndidi Okuesi, Kisha Okuesi, Faith Okuesi, his brother and a host of cousins, nieces and nephews.

He will be laid to rest on Saturday, February 27th 2021 at Marine Park Funeral Home on 3024 Quentin Road, Brooklyn, New York 11234. Funeral Service will be held from 9:30am to 11:00am. A burial service will precede immediately afterwards at Canarsie Cemetery on 1370 Remsen Avenue, Brooklyn, New York 11236 starting at 12:00pm. Memorial donations may be made to zelle: faithokuesi@yahoo.com, CashApp: Faith Okuesi, Venmo: Faith Okuesi and checks can also be made to Felicia Okuesi.

Share Your Memory of
Aikorogie
Upload Your Memory View All Memories
Be the first to upload a memory!