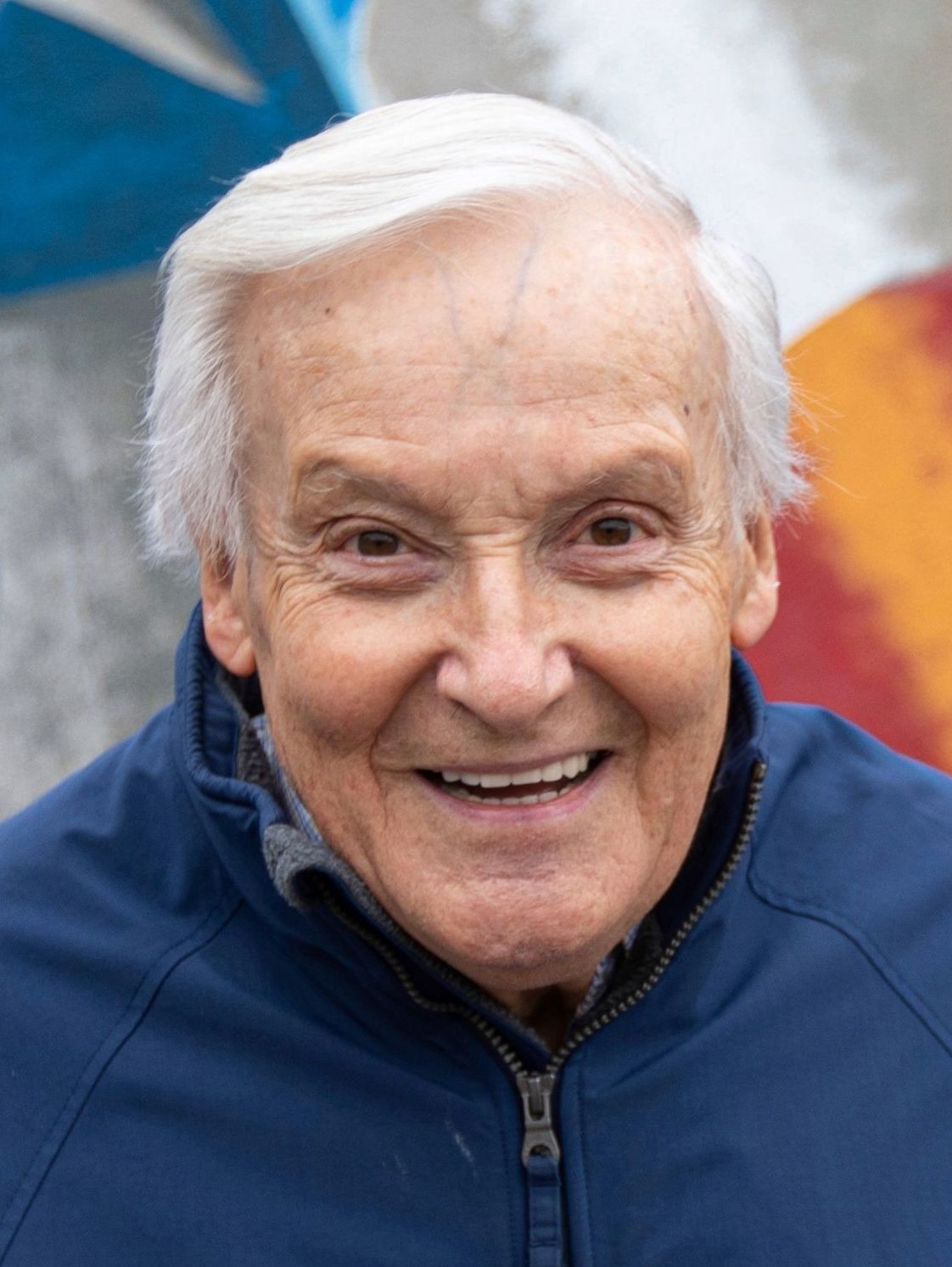 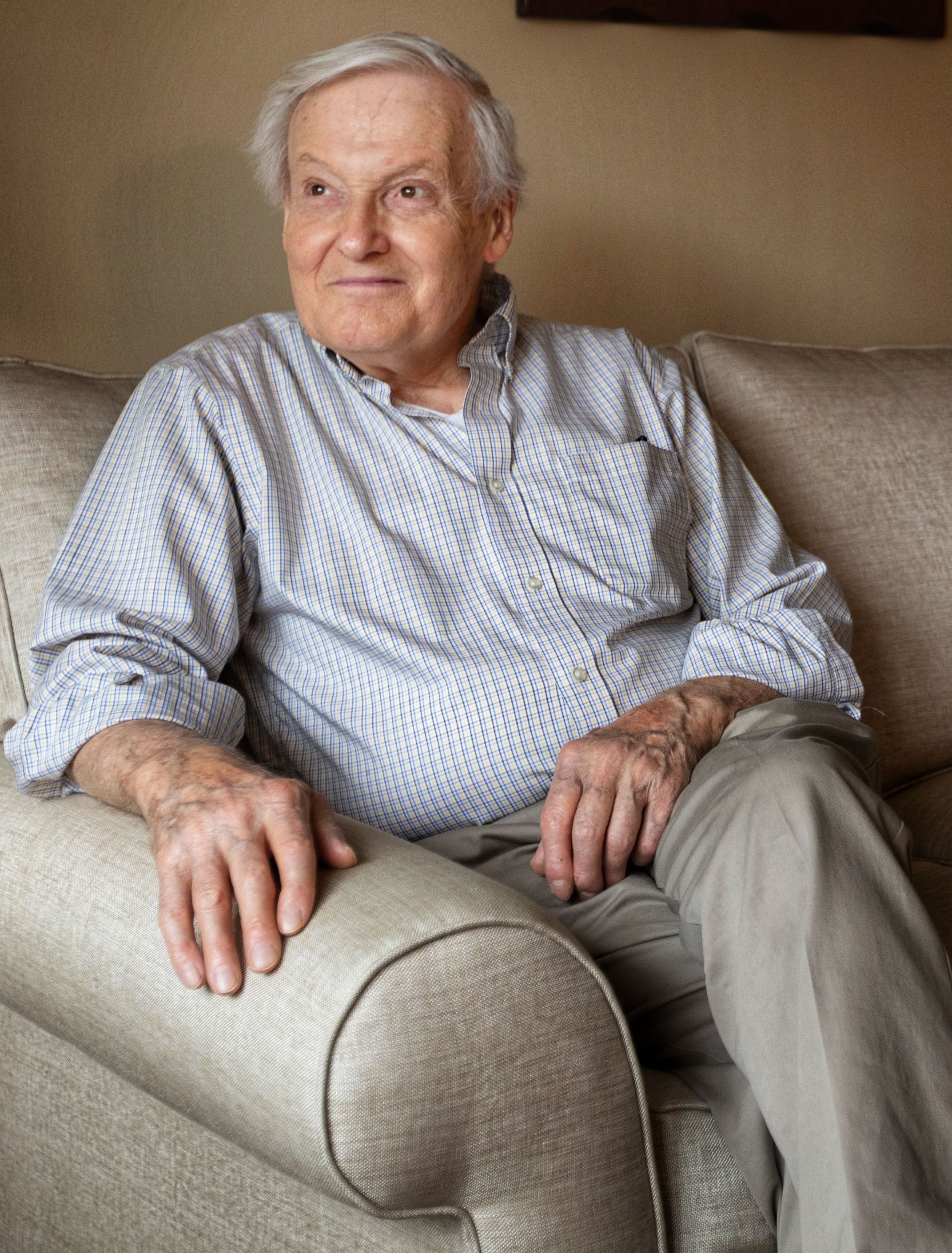 Get Directions
Tuesday
11
May

James Phillip Prince passed away peacefully at his home in Marine Park, Brooklyn, on May 3, 2021. He was 89 years old. Jim was born in Brooklyn, New York, on April 22, 1932 to Ernest George Prince, Sr. and Veronica Murphy. His brothers Ernie, Jr., and Danny came along twelve and fourteen years later, respectively. Jim loved the role of big brother and stayed close to Ernie and Danny throughout his life.

Growing up, he enjoyed his large extended family of aunts, uncles, and cousins; collecting coins and stamps; reading about history and travel; and above all, playing baseball. He was an avid baseball fan throughout his long life, rooting first for the Brooklyn Dodgers and later the New York Mets.

Jim attended Madison High School and took up a job at Major Prime Meat Market in Coney Island in 1949 while completing school. He mastered the ins and outs of the butchering business, but it was the customer service side that Jim really loved. In the six decades he spent at the butcher shop, first employed by owner, William Palumbo, and later as owner himself, Jim touched the lives of many community residents with his kindness, generosity, and positive attitude, often helping those in need. ‘Mr. Major,’ as he was known to his friends and customers, ran his business according to a simple motto that he encouraged his family and customers to also practice: “treat others as you would want them to treat you.” Jim treated everyone he met with respect, regardless of their life journey. As a result, he was well respected throughout the community.

In 1960, Jim married Barbara Ann Sword and together they raised seven children (five sons and two daughters). Jim, who attended Brooklyn College at night and eventually received an associate’s degree, was very proud that all of his children earned university degrees. He encouraged them to pursue what they loved, reminding them that they would never ‘work’ a day in their life if they did so. Although Jim worked seven days a week at the butcher shop, he was never too tired for his children, whom he cherished. After his children left home to start their own careers and families, Jim called them regularly to hear about their latest adventures and to provide encouragement.

When Jim closed Major’s and retired in 2009, he quickly realized he missed the regular interaction with customers. He began working part-time at G&S Salumeria and Pork Store in Brooklyn. He delighted in teaching the butchering trade to a new generation and, of course, in greeting the store’s customers. He worked until his health began to fail in 2019. After Jim took ill, his children regularly flew or drove to Brooklyn from California, Iowa, Wisconsin, Washington D.C., and New Jersey to spend time with him and their mom. Jim is survived by his wife of 60 years, Barbara; his brother and sister-in-law Danny and Debbie Prince; his sister-in-law Kathy Prince; and his seven children: Dawn (Ray) Bratsch-Prince; Adam (Susanne) Prince; Darryl (Chris Daniel) Prince; Brent Prince; Erik (Sharon) Prince; Todd (Natasha) Prince; and Jaime Prince. He is also survived by thirteen grandchildren: Joshua, Elijah, and Naomi Bratsch-Prince; Bridget and Charles Prince; Samantha, Dane, Oscar, and Nicholas Prince; Dylan, Sean, and Anna Prince; his youngest grandchild and namesake, James Prince; and many nieces and nephews. He was preceded in death by his parents; his brother, Ernie, Jr; his special aunt Irene (“Renie”) Prince; and many aunts, uncles, and cousins.

Jim’s children are eternally grateful to their mother, Barbara, for her resolute devotion to their father throughout his long life. Her remarkable care and attention during his illness allowed Jim to remain comfortably at home. Jim’s entire family extends their gratitude to Danny and Debbie Prince for their daily check-ins, regular visits, and immediate help whenever needed. The family expresses its sincere thanks to the Visiting Nurse Service of New York for the attention, care, and home hospice support they provided to Jim and his family during his illness. With the assistance of his wonderful health aides, especially Lindi and Agatha, Jim was able to remain at home until his death.

A visitation took place at Marine Park Funeral Home on May 10. A Mass of Christian Burial was celebrated on May 11 at St. Columba Catholic Church, Brooklyn. In lieu of flowers, the family requests that donations in memory of Jim be made to the FDNY Fire Family Transport Foundation (https://www.firefamilytransport.org/donate.html) or in support of The Coney Island History Project (https://www.coneyislandhistory.org).

Share Your Memory of
James
Upload Your Memory View All Memories
Be the first to upload a memory!