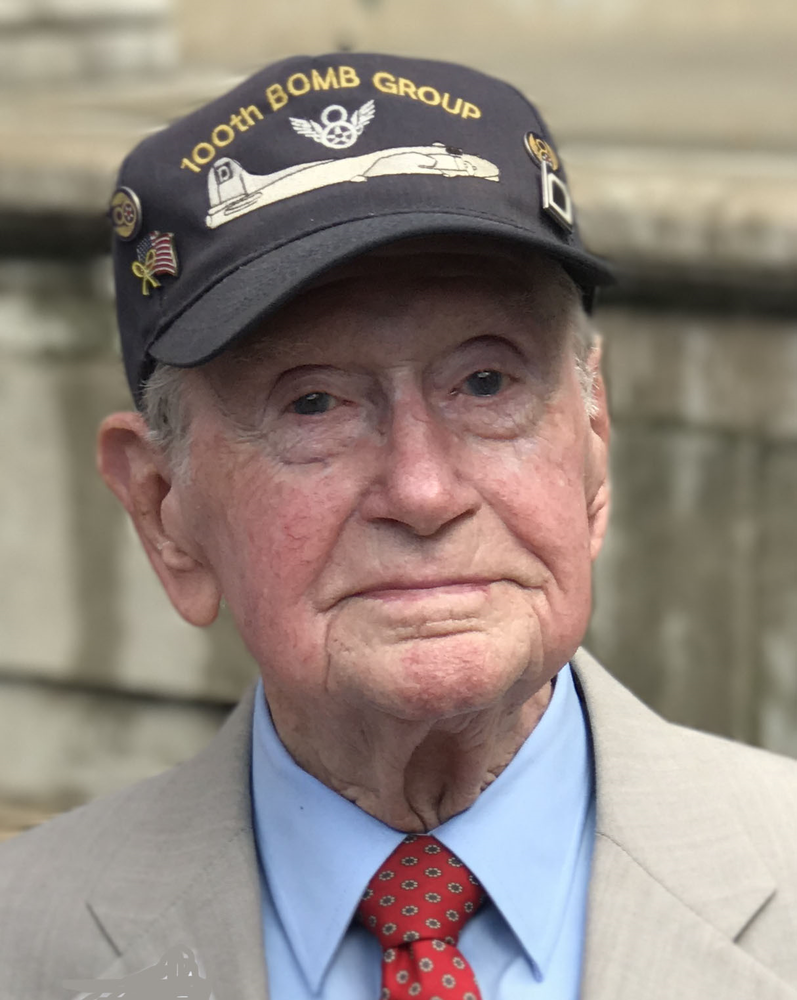 Walter G. Scott, age 98, of Brooklyn entered into eternal rest on Monday, May 24, 2021, at home in Brooklyn.  Mr. Scott was born February 1, 1923, in Brooklyn, New York. He is the son of the late Thomas J. and the late Mary (Mulligan) Scott. Mr. Walter Scott served active duty in the US Army from 1944 to 1945 in the 8th Army Air Corps., 100th Bomb group. He was the co-pilot and flew a B-17 called Quittin Time. Walter was the recipient of the European African Middle Eastern Theater Campaign Ribbon, Air Medal with 5 Oak Leaf Clusters. He retired from the NYPD having achieved the rank of Detective. In 2017, Walter was awarded the prestigious distinction of Chevalier of the Legion of Honor by the President of the French Republic of the Consulate General of France.

In 2016, Walter laid to rest his beloved Helen M. Scott with whom he shared almost twenty years of marriage.

Although Walter lost many people he loved throughout his life, may they all rejoice in their eternal reunion; through the mercy of God, may they rest in peace.

Forever In Our Hearts

Mass of Christian burial will be held 9:45 AM on Wednesday, June 2 at Good Shepherd R.C. Church, 1950 Batchelder Street, Brooklyn.

Please take advantage of the Tribute Wall tab to express your compassion and condolences over Walter's passing.

For those who wish to send a floral tribute to the wake service, please call Floral Fantasy Florist at: 718-238-6978.

»(Do not delete this line. It does not print.  Text that is to appear on web must be entered before this line)

Share Your Memory of
Walter
Upload Your Memory View All Memories
Be the first to upload a memory!