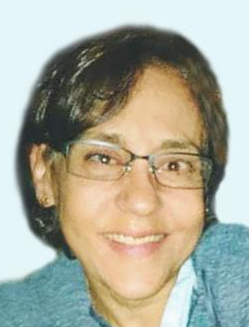 Ana Lizette Rivera was an incredibly fierce and intelligent woman who loved her kids, her cats, and good food more than anything in the world. She was an artist, an Army Veteran, an avid reader of science fiction, a proud democrat, and a lover of music all its forms.

Ana is survived by her husband Robert Rivera, her only sister Eneida Ayala-Macias, and her father Miguel Ayala. She leaves behind six children, ten grandchildren, and two great grand-children:

Her daughter Shevonne Johnson-Rivera and grandchildren Daemion and Lily Johnson,

Her youngest and only son, Alexander Robert Rivera,

Share Your Memory of
Ana
Upload Your Memory View All Memories
Be the first to upload a memory!